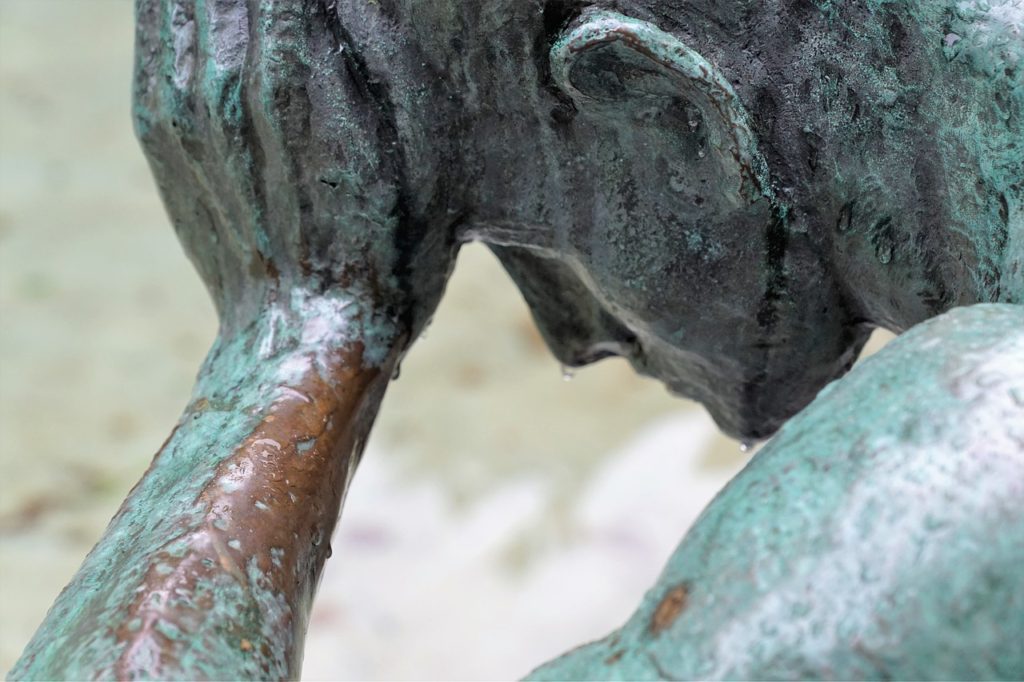 I’ve been on a spiritual journey since my earliest recollection and I have spent many hours in my own personal development and understanding. As the saying goes the unexamined life is not worth living… well I’ve examined my life. I started out in a fundamentalist cult which ostracized me from “normal” society. Although there were many challenges and downsides to that kind of up bringing, there were some positives as well… mainly that of learning to become a critical thinker. Because the family belief system was so radically different from the norm the methodology of the organization was to use critical thinking to poke holes in the belief systems commonly embraced by the masses. How ironic, it would seem, that it was that very same critical thinking that ultimately lead me out of my belief system.

Without going into the gory details of how much I suffered as I grew from a child into a teenager into a young man while being tortured by a belief system that taught separateness and duality. I went to bible college to train to be a man of the cloth. There were things that rubbed me the wrong way while growing up in the belief system, but it was that much more intense when I was in a college filled with members of the “ministry”. It was my discovery that the individuals who rose in the ranks were the ones that knew how to play the game – and I call that game the “business of religion”. Growing up in a household where my father was an accountant I understood business more than most at that age, it always chafed against my spiritual core. I gave at times, along with the other followers, up to 40% of my gross annual income to help the organization to preach the gospel to the world. I and my fellow followers were not allowed to question how those funds were spent. There was the “house for God” – a multi-story auditorium made with onyx and lined with gold, among many other opulence’s.

It was through seeing the incongruities of the belief system that I ultimately left the organization and whole heartedly jumped into the deep end of the pool to live a life like “normal” people.  I pursued various careers and in each of those experiences I came to observe “the religion of business”. What do I mean by this? It is the same willingness that I saw amongst my religious believers to ignore what the organization of which they were a part was actually doing. How many of us work in industries that we know are not truly beneficial to humanity and the planet? Yet we buy into the rhetoric that our company is the best company… it’s about belief. How many of us have conditioned ourselves to ignoring our conscience when pursuing our business? And we can justify what we do because we must pay our bills, feed our families, contribute to society, but in my opinion, if we do this against our internal compass, we are setting ourselves up for disease and heartache.

I’m wired in such a way that if it is proven to me that what I am doing is destructive, I have always taken immediate action. This has not been easy and has resulted in financial suffering etc. but for me, being able to look myself in the mirror is far more important than looking at numbers in a bank account. In the modern day the pressure is on – we are seeing our society change and disintegrate before our eyes. But unfortunately, it’s still is a materialistic world in which we live. But when we buy in to the rhetoric of these mega corporations that claim to be serving humanity, while actually serving themselves, we have drunk the Kool-Aid – this is what I call the religion of business. Do we wait as the “captains of industry” lead us over the cliff or do we say “hold on – is there another way that I can generate a living and be able to look myself in the mirror”?

Ultimately those corporations need their employees to do their dirty work and if we’re not willing to do it they are stuck.

There has been a systematic destroying of unions over the last 20 years or so and we’ve become conditioned to not having a seat at the table but maybe we don’t need the unions anymore, maybe with our ability to communicate, our ability to poll our ranks and develop consensus, and our ability to coordinate our efforts, we can still have a say in what our corporations do. Use the recent fight at Google as an example. The employees weren’t comfortable with working on a military contract and dissention began to stir in the ranks. Eventually with constant pressure from many fronts, in many offices in many countries the forced management to agree to not pursue another contract with the ministry of defense… they used the internal social media platform to spread the word, inform each other, survey opinions and decide on strategies… and some of them even quit… but eventually they got through.

I personally know so many wonderful, intelligent people that work in industries that are not serving the greater good. What if they were to take their intelligence and their integrity to change the way their industries operate?

Another option is the one I took. I stepped away from big business and joined what is being coined as “the gig economy”. In this way I get to choose who I work for and how much time I need to spend each week to meet my needs. The balance I am free to use pursuing those passions I have that don’t necessarily make me money.

The other thing that I did to make it easier to follow my heart is simplify and reduce my cost of living grow more of our own food. These decisions reduced my stress, improved my health, improved the quality of the food I eat and the air I breathe. What is important is stop and smell the coffee. We are so distracted – many of us working several jobs and living very complicated lives. So often these are distractions that we ourselves choose so as to numb ourselves to the reality of our lives. Stop, breathe, tune in, simplify, choose consciously.

When I left the church, I began the critical thinking process and asked the hard questions… but most importantly I made the commitment to follow through on my findings. That is what we all need to do, commit to seeing the truth, and commit to acting on the truth.